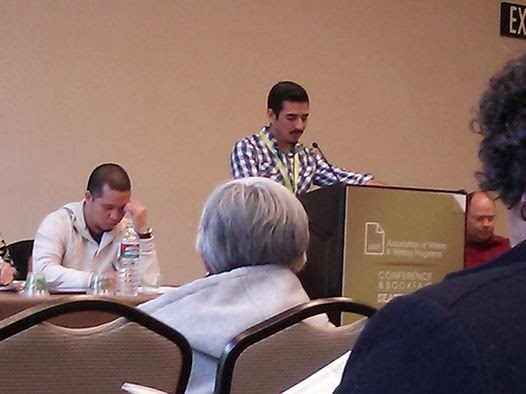 Marcelo Hernandez at the podium

Carmen Gimenez Smith recently asked me--on Facebook, of course--"How was your AWP?" Increasingly, these past few years, I find myself choosing to visit with individuals in place of attending panels. But I did get to the one on Latino identity and was totally seduced by Daniel Borzutzky's talk, which managed to be both hilarious and acutely insightful.

But if forced to hone, the highlights of this year's conference were two. The first: watching and listening to Lauro Vazquez, Marcelo Hernandez, and Nayelly Barrios give their presentations at the panel, "New Kids On The Block." But also listening to the words of Lauren Espinoza (who had to miss the conference), as spoken by Nayelly. This was the first time Lauro, Marcelo, and Nayelly had ever presented at an AWP panel and it was a pleasure to behold. The panel had to do with a new initiative whose aim is to create a space of support, what we're calling a public square, for those Latino writers who decide to pursue graduate degrees in creative writing. It was heartening to see so many friendly faces and allies in the audience. Nayelly Barrios at the podium

As for the shadow conference---that is, the off-site events---the launch of the anthology, Theatre Under My Skin was another highlight. A few years ago, Emma Trelles introduced me to (at an AWP conference of course) Alexandra Lytton Regalado, who was on the ground floor of starting Kalina, a publishing project in El Salvador. This recently released anthology is their latest title. Here's the cover: 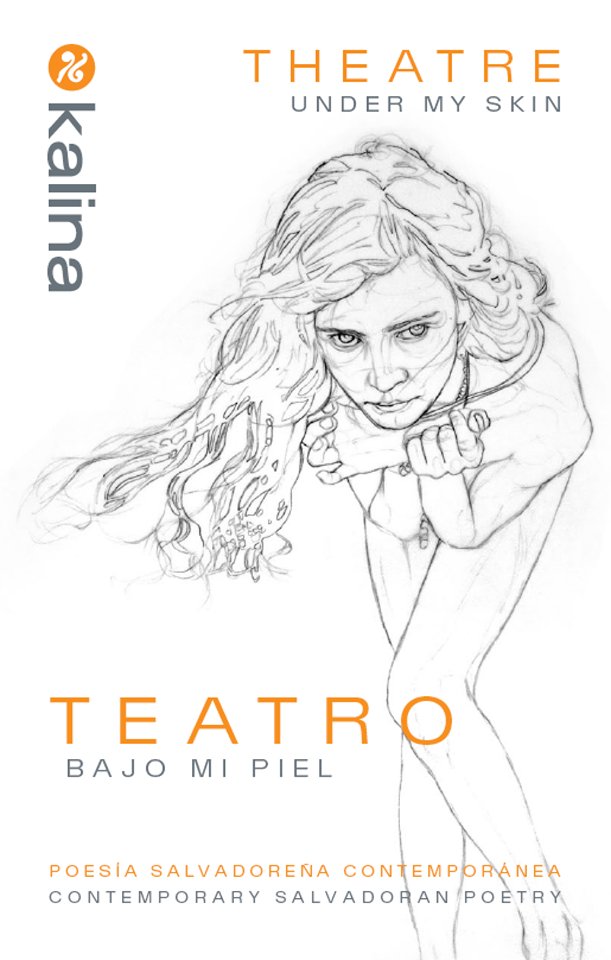 And here are a couple of pics from the anthology's off-site event: 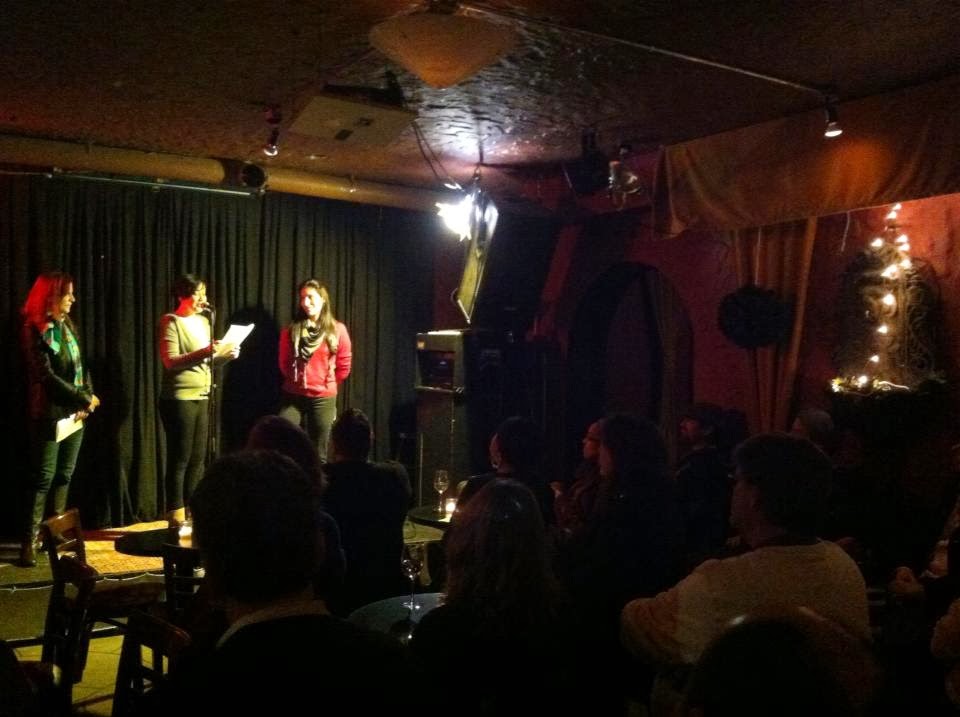 Posted by Francisco Aragón at 2:00 PM