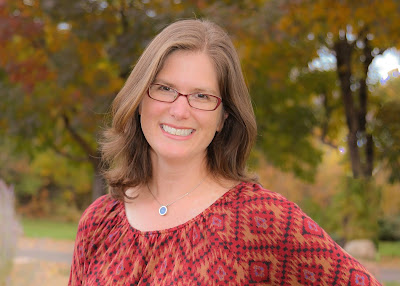 Letras Latinas, the literary initiative at the University of Notre Dame’s Institute for Latino Studies, is pleased to designate Denver-based poet and critic, Emily Perez, as a Letras Latinas fellow—in order to attend the inaugural US Emerging Critics Workshop, which will take place in Atlanta, GA on November 4-6. Perez will be joined by other emerging critics, all of whom will be mentored by established critics from various publications.

The Emerging Critics program originated in the United Kingdom in association with the Ledbury Poetry Festival, and was co-founded by the UK-based poets and critics Sandeep Parmar (Liverpool) and Sarah Howe (London). The alumni of the UK program went on to place work at such publications as The Guardian, TLC, The Telegraph, and elsewhere. The publishing partners in the US program include Poetry and The Los Angeles Review of Books, among others.

"Since the Ledbury Emerging Critics program began in 2017, our 12 critics of colour are responsible for more than doubling the number of poetry reviews written by people of colour—from 3.4% to 8.3% in less than two years. But improving the numbers is only part of the program's aim to generate a critical culture that is not only inclusive but also knowledgable and representative of the diversity of poetry being written today," said Parmar, who, along with Howe, will serve as faculty at the US workshop. They will be joined by Don Share (Poetry), Parul Sehgal (NY Times), Vidyan Ravinthiran (Harvard University), and Jeffrey Levine (Tupelo Press).

Award-winning poet Ilya Kaminsky will serve as the principal host in the pilot workshop in the United States. “Poetry@Tech, at the Ivan Allen College, Georgia Institute of Technology is thrilled to host this gathering on our campus here in Atlanta. We applaud this program's advocacy for greater access for literary culture. It is crucial to support this on-going important discussion of how and what value society gives to the arts, to expand reading culture and to invigorate the wider critical conversation about literature and diversity, “ said Kaminsky.

Emily Perez will be joined by emerging critics Abraham Encinas, a graduate student at UCLA, and Shamallah Gallagher of Athens, GA, whose criticism has appeared in Black Warrior Review, Gulf Coast Review, The Rumpus, and other publications. “I am thrilled to have Letras Latinas’s support for my participation in the inaugural US session of the Ledbury Emerging Poetry Critics Program. Not only will I meet some of my poetry and book reviewing heroes, but I will begin to build a network of peers I can rely on to help navigate my ongoing questions. My concerns range from the practical to the philosophical, from mechanics to style.  I feel like a self-taught musician who will finally have a few lessons with the masters; these sessions will inevitably hone my thinking and my craft. I am eager to absorb every moment,” said Perez, whose poetry reviews have appeared in The Boston Review, The Rumpus, and RHINO, among other publications. As a poet, she is also the author of House Made of Sugar, House Made of Stone, and the chapbooks Background Migration Route and Made and Unmade.

“I’ve long admired Emily Perez’s poetry criticism. I immediately thought of her when first learning of this workshop. Deborah Parédez and I were both present at the Poetry Coalition presentation that Sandeep Parmar gave a year ago at Kent State in Ohio. At its conclusion, we briefly conferred, and concurred, that Emily, a CantoMundo fellow, would be an ideal candidate for it. We’re delighted that it's worked out. Letras Latinas is proud to be sponsoring her participation,” said Francisco Aragón, a faculty fellow at Notre Dame's Institute for Latino Studies.

Letras Latinas strives to enhance the visibility, appreciation, and study of Latinx literature both on and off the campus of the University of Notre Dame—with an emphasis on programs that support newer voices, foster a sense of community among writers, and place Latinx writers in community spaces.

To learn more about the US Emerging Critics Program, please visit:

We will also, for the first time, be counting on the collaboration of two guest screeners.

Statement from our Final Judge:

“I am both honored and humbled to sign on as judge of this year’s Andrés Montoya Poetry Prize.  At a time when there appears to be an all-out war on brown people in this country—when children are caged, mothers disappeared, and fathers gunned down on the regular, not to mention the daily, less sensational, degradations of living under a white supremacist regime—it is as imperative now as it’s ever been that we make ourselves heard, seen, and felt.  Now more than ever we need our artists, our culture workers, our poets.  To play, then, even a small part in helping usher into the world one of these necessary voices is a privilege.  It is a sacred duty, one I will carry out to the best of my ability and treat with all the seriousness it deserves."

John Murillo is the author of the poetry collections, Up Jump the Boogie, finalist for both the Kate Tufts Discovery Award and the Pen Open Book Award, and Kontemporary Amerikan Poetry, forthcoming from Four Way Books in the spring of 2020. His poems have appeared in American Poetry Review, Poetry, and Best American Poetry 2017 and 2019 among other venues.  His honors include a Pushcart Prize, the J Howard and Barbara MJ Wood Prize from the Poetry Foundation, and fellowships from the National Endowment for the Arts, the Bread Loaf Writers Conference, Fine Arts Work Center in Provincetown, Cave Canem Foundation, and the Wisconsin Institute for Creative Writing.  He is an assistant professor at Wesleyan University and also teaches in the low residency MFA program at Sierra Nevada College.

Poet, storyteller, and essayist, Roberto Carlos Garcia writes extensively about the Afro-Latinx and Afro-diasporic experience. His second poetry collection, black / Maybe: An Afro Lyric, is available from Willow Books.  Roberto’s first collection, Melancolía, is available from Červená Barva Press. Roberto is founder of the non-profit press Get Fresh Books Publishing and has been nominated for a Pushcart Prize.
Yesenia Montilla is an Afro-Latina poet & a daughter of immigrants. She received her MFA from Drew University in Poetry and Poetry in Translation. Her first collection, ,The Pink Box, was published by Willow Books & was Longlisted for a PEN award in 2016. She is currently a Co-Director of CantoMundo. She lives in Harlem NY.