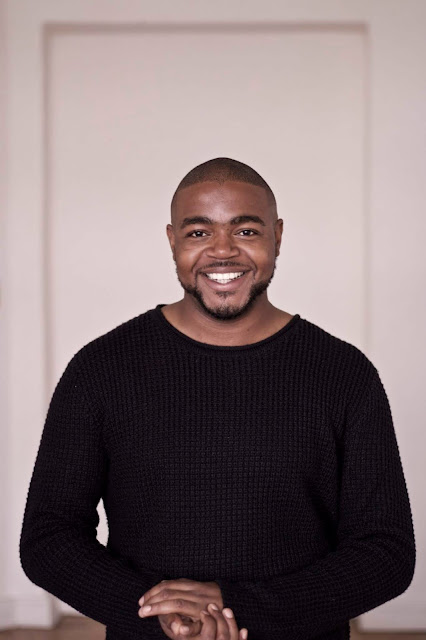 
Letras Latinas, the literary initiative of the University of Notre Dame’s Institute for Latino Studies, is pleased to announce that Darrel Alejandro Holnes as the latest recipient of the Andrés Montoya Poetry Prize. Named after the late Chicano poet from Fresno, the Prize is a collaboration with University of Notre Dame Press and supports the publication of a first book by a Latinx poet residing in the United States. The ninth edition of the Prize was judged by John Murillo, with assistance from screeners Yesenilla Montilla and Roberto Carlos Garcia.

“Darrel Alejandro Holnes is a poet of promise and vision.  And Stepmotherland is a promising and visionary debut.  In this first collection, Holnes displays an impressive range of both subject and sensibility.  Whether working in more traditional lyric, narrative, and lyric-narrative modes, or experimenting with nonce forms derived from theater, geometry, and even dictionary entry formats, Holnes’ poems exhibit a lively imagination and keen intellect.  At turns erotic, often political, and always vulnerable, Stepmotherland  provides the reader a fresh perspective on the myriad ways in which history—whether personal or national—can, by its very nature, blur the lines between witness and participant, between doer and done to.”

A native of Panama and currently based in New York City, Holnes is a previous recipient of a National Endowment for the Arts Creative Writing Fellowship in Poetry. His poems have previously appeared in American Poetry Review, Poetry Magazine, The Caribbean Writer, Callaloo, Best American Experimental Writing, and elsewhere in print and online. Holnes is a Cave Canem and a CantoMundo fellow. His poetry has also earned him scholarships to the Bread Loaf Writers Conference, the C.P. Cavafy Poetry Prize from Poetry International, and residencies nationwide including at the MacDowell Arts Colony. He is an Assistant Professor at Medgar Evers College and he teaches at New York University.  Find more at darrelholnes.com

“It is an honor to be the 9th recipient of the Andrés Montoya Poetry Prize from Letras Latinas for my book of poems STEPMOTHERLAND. This book is over a decade in the making and it is the product of love and support from my many communities of writers, friends, and family who have supported my development over the years. My thanks to the judge, John Murillo, for selecting my manuscript for this prize from a list of finalists that includes poets I greatly admire, and others whose work I look forward to reading. Thanks to the Prize’s initial screeners, Yesenia Montilla and Roberto Carlos Garcia. And many thanks to the Montoya family and the Institute for Latino Studies at Notre Dame for establishing this prize. It’s exciting for me to join a family of past winners whose work extends the legacy of Andrés Montoya, a poet and an activist whose poetry renowned poet Rigoberto González named as some of “the best to come out of our community.” I hope to represent Montoya's legacy well with STEPMOTHERLAND, a collection of poems about coming of age, coming out, and coming to America.”

Once again, Letras Latinas would like extend its congratulations to the other finalists for the 9th edition of the Andrés Montoya Poetry Prize:

Jasminne Mendez is a poet, performer, playwright, educator, and award winning author. Mendez has had poetry and essays published by or forthcoming in The New England Review, The Acentos Review, Kenyon Review, Gulf Coast, The Rumpus, and others. She is the author of two mixed genre collections Island of Dreams(Floricanto Press, 2013) which won an International Latino Book Award, and Night-Blooming Jasmin(n)e: Personal Essays and Poetry(Arte Publico Press, 2018). She is a Pushcart Prize nominee, and has received fellowships from Canto Mundo and the Kenyon Review Writer's Workshop among others. She is an MFA graduate of of the Rainier Writer's Workshop at Pacific Lutheran University, and a University of Houston alumni.

Caridad Moro-Gronlier is the editor of Grabbed: Writers Respond to Sexual Assault forthcoming from Beacon Press in 2020 and an Associate Editor for SWWIM Every Day. She is the author of Visionware (Finishing Line Press). Recent work can be found at The Best American Poetry Blog, Rhino, Go Magazine, Fantastical Florida and others. She is the recipient of an Elizabeth George Foundation Grant, a Florida Artist Fellowship and nominee for two Pushcart Prizes, The Best of the Net and a Lambda Literary Award. She teaches Dual Enrollment for Florida International University and is an English Professor for Miami Dade College. She resides in Miami, FL with her wife and son.

Martin Hill Ortiz, a native of Santa Fe, New Mexico, is a professor of Pharmacology at the Ponce Health Sciences University in Puerto Rico where he lives with his wife and son. A score of his short stories have appeared in print, anthologies and online journals. His sixty-page poem, Two Mistakes, won the Tom Howard/Margaret Reid poetry award. He has authored four mystery thrillers, including Never Kill A Friend from Ransom Note Press. Along with his scientific background, he has worked in theater, having run a comedy troupe in South Florida.


Letras Latinas, the literary initiative at the Institute for Latino Studies (ILS), strives to enhance the visibility, appreciation and study of Latinx literature both on and off the campus of the University of Notre Dame—with an emphasis on programs that support newer voices, foster a sense of community among writers, and place Latinx writers in community spaces.