A House of Our Own: A Latinx Literary Column

“A woman must have money and a room of her own if she is to write fiction.”

—Virginia Woolf, A Room of One’s Own

There is no singular Latinx experience. To assert such would be to reduce the histories of nations and continents, of imperialism and genocide, of liberation and expression to one set of eyes, one lifetime, one breath.

Every Latinx person lives a Latinx experience, whether or not it resembles that of another. Naturally, though, certain similarities arise among stories written by or about Latinxs, especially where the Latinx diaspora in the United States is concerned. Themes of exile, longing, (un)belonging, and isolation create a common thread through many Latinx stories, while differences in culture, race, and gender bear new iterations of the Latinx identity with each generation.

My story begins in my birthplace, Puerto Rico. Before my first birthday, my family left the island, settling in South Florida where I grew up surrounded by other Latinx kids for whom communicating in Spanish was nothing but natural. The same was true in college in Miami, where students’ conversations were peppered with Spanish phrases and most employees expected you to address them as “usted” instead of “you.” This constant confirmation of my Latinidad molded my self-definition; before all else, I am Boricua, the product of an island inextricable from its language.

Even though I lived away from the rest of my family, frequent visits to my island and confidence in my Spanish assuaged much of the uncertainty I felt around my cultural identity growing up. In the years since leaving South Florida, however, I have noticed gaps in my Spanish vocabulary where there once were none, and this unwelcome discovery has caused me to question myself. Am I Latina enough? It’s a concern I’ve heard echoed by other Latinxs in the diaspora, and one which I hope to ease as this column unfolds.

“A House of Our Own” is a love letter to Latinx literature. With an intersectional collection of writings, I hope to tease out the common narratives that tie each of us to Latinidad. This column will cover writings in different genres written by Latin American authors who either immigrated to the U.S. or are the descendants of those who did. With its limited scope of twelve books, this column is not my attempt to define Latinidad with any degree of certainty. Rather, I hope to piece these authors’ stories into a mosaic to which readers can relate, regardless of their cultural identity.

Each month, I will post a new book response. The books have all been released or are slated for release in 2021 and 2022. I hope to interview as many of the authors as possible and incorporate their words into my writing. The tentative reading list is as follows:

October: Variations on the Body by Maria Ospina

November: Dreaming of You by Melissa Lozada-Oliva

January: We Are Owed by Ariana Brown

I hope you will take this journey with me, that your own anxieties about identity will be somewhat eased, and that you find some part of yourself reflected in these words.

Posted by Brittany Torres Rivera at 2:13 PM No comments: 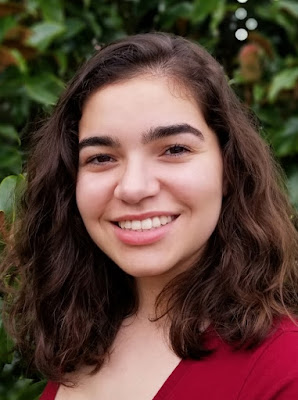 
Letras Latinas aspires to create opportunities for Latinx writers to shine—particularly new and emerging voices. But carrying out these gestures wouldn’t be possible without the cooperation of the wider literary community. For example, Richard Blanco reached out recently to introduce me to a former student who’d just completed her degree at Florida International University. She was seeking to work in Latinx letters as an intern somewhere. Perhaps, he thought, Letras Latinas might have a few leads. After a couple of e-mails with Richard's former student, a fruitful, sprawling conversation on ZOOM took place. The result: the idea for a book column—here at Letras Latinas Blog. She had shared with me some samples of creative and critical work she’d produced while at FIU, and I was sold.

Brittany Torres Rivera will say more about her column in a couple of weeks or so. But first, I thought to ask her three questions as a way of introducing her to our readers. My thanks to Richard Blanco for making this possible, in more ways than one. —FA

First of all, thank you so much, Brittany, for agreeing to take a few questions—not only about your poetry, but also writing and literature in general. Let me start by asking if you could briefly share with us the evolution of your passion for books. What was the spark, and how did that spark evolve?  Was the passion for your own writing concurrent, or did that come later? In short, what’s your origin story as a writer?

As with most people who enjoy reading, my love of being transported to another world began in my childhood. Each time a book ended I felt a sense of loss. I always wanted more. I felt that same spark with other forms of art, so I would characterize my passion for books as a passion for storytelling. Its evolution, then, took many forms, not all of which were strictly book-related. For example, I grew obsessed with movies to the point where I kept a running list of my favorite characters. These characters were confused or troubled or changing and they all had something to discover. Around the same time, I began looking for ways to come to my own discoveries. I was in middle school when I wrote my first real poem, and after that I would write whenever I felt drawn to an idea, a metaphor, an image. It wasn't until high school, though, that I began to take my hobby more seriously. I would often talk to my English teacher about poetry and music and one day he asked me why I didn't pursue writing in college. At this point I was about sixteen and my plan was to study medicine. It hadn't occurred to me that reading and writing and creativity could be more than something I did for fun. This was a pivotal moment and it marked the beginning of my creative career.

I’ve had the pleasure of reading a sampling not only of your own poetry, but also your writing about poetry—let’s say, as a budding critic. Could you talk a bit about what it’s like writing in these two modes. In other words, could you compare and contrast these two writing practices—as it pertains to your own writing practice?

Writing poetry is putting sand together until it makes a castle, and writing about poetry is trying to understand each grain.

When I write poetry, I start with a feeling, a moment, a pile of sand and some water I want to expand on until it feels larger than it used to. Then I find ways to sharpen, add details and devices that accentuate its shape-- the drawbridge, the sconces, the seawater moat that turn a sand house into a sand castle.

When I write about poetry, I often start with a pretty solid idea of what the poems are. Then it's about building a case, finding evidence of the poet's hand in the work that supports my thoughts. The great thing about poetry, though, is that every reader can assemble this evidence toward a different conclusion. I might see a gargoyle where another reader sees a security camera, evidence to support their assertion that it is not a medieval sand castle but instead a present-day sand mansion.

In this way, both acts are acts of creation-- making something out of grains of sand and hoping it sticks together.

This brief introduction of you to our readers will serve as an introduction to the book column you’ll be inaugurating soon for Letras Latinas Blog. Could you share with our readers how you arrived at the twelve titles you’ll be reflecting on, and what your hopes are for the column—not only as it pertains to your own development as a literary artist, but also what you hope to convey to our readers?

These twelve titles are my best attempt at representing Latinx stories in all their diversity. I looked for books from 2021 and 2022 that represent the variety of experiences that comprise Latinidad regardless of their genre or popularity. The authors are from different cultures, races, generations, and artistic traditions, so the works represent a small taste of all that Latinx art has to offer.

Reading the work of Latinx authors, I have found myself represented again and again, not only because I am Latina but also because I am a person looking for a place in the world, within myself, and among the grains of sand that I want to make into more. My hope is that this column introduces readers to stories they have never known or stories they have needed all their lives. I want to show readers characters they'll add to their lists of obsessions and books they'll be sad to finish.

For myself, this will be the first time I take on literary writing on this scale, so I look forward to discovering something new. I plan on applying my knowledge of creative writing as I experiment in this form and I hope readers will be excited and along for the ride.

Brittany Torres Rivera is a Puerto Rican writer whose work deals with culture, family, and (un)belonging. She has a BA in English with a concentration in Creative Writing from Florida International University and lives in Orlando, FL

Posted by Francisco Aragón at 1:16 PM No comments:

SAVE THE DATE: Tuesday, August 18

One Poem: A Protest Reading in

The founding members of the Poetry Coalition, a network of 25+ poetry organizations from across the United States, are honored to present One Poem: A Protest Reading in Support of Black Lives on Tuesday,August 18 at 8 PM EST via live broadcast. In this nationwide reading curated by the coalition, a poet invited by each founding member organization will share a poem in support of Black lives.

Letras Latinas, the literary initiative at the University of Notre Dame’s Institute for Latino Studies, has invited Emma Trelles to perform her poem, “How We Lived.” 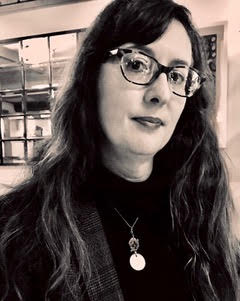 Emma Trelles is the daughter of Cuban immigrants and the author of Tropicalia (University of Notre Dame Press), winner of the Andrés Montoya Poetry Prize, a finalist for Foreword/Indies poetry book of the year, and a recommended read by The Rumpus. She is currently writing a second book of poems, Courage and the Clock.  Her work has been anthologized in Verse Daily, Best American Poetry, Best of the Net, Political Punch: Contemporary Poems on the Politics of Identity, and others.  Recent poems appear or are forthcoming in the Poetry Coalition’s "One Poem: A Protest Reading in Support of Black Lives"; the Santa Barbara Literary Journal; the South Florida Poetry Journal; SWWIM;  Zócalo Public Square; the Colorado Review; and  Spillway.  A CantoMundo Fellow and a recipient of an Individual Artist Fellowship from the Florida Division of Cultural Affairs, she lived and worked for many years as an arts journalist in South Florida and now lives with her husband in California, where she teaches at Santa Barbara City College and curates the Mission Poetry