LETRAS LATINAS is pleased to announce... 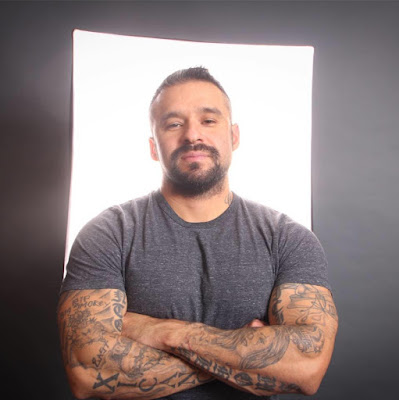 Letras Latinas, the literary initiative at the University of Notre Dame’s Institute for Latino Studies, and Red Hen Press, the Los Angeles area literary press, are pleased to jointly announce Joe Jiménez of San Antonio, Texas as the winner of the Letras Latinas/Red Hen Poetry Prize—an initiative which supports the publication of a second or third book by a Latino/a poet residing in the United States. Noted writer and critic, Rigoberto González, was the judge.

“Joe Jiménez’s poetry shimmers with arresting imagery and light, but its beauty is hard-won—a victory song celebrating the bittersweet journey of one who inhabits the queer space inside the Chicano heart. Among the many graces of this book manuscript is that its language feels at home in serene desert vistas and on explosive barrio streets. It recognizes guidance from the living and the dead, and its breath aches with longing and comforts like prayer,” read González’s award citation.

Joe Jiménez is the author of, The Possibilities of Mud (Korima Press, 2014), as well as the chapbook, A Silver Homebody Flicka Illuminates the San Juan Courts at Dawn, recipient of the 2011 Gertrude Press Poetry Chapbook Prize. In 2012 he was the recipient of the Alfredo Cisneros del Moral Poetry Prize. His YA novel, Bloodline, is forthcoming from Arte Público Press later this spring. He holds an MFA in Creative Writing from Antioch University Los Angeles and is a member of the Macondo Writers Workshop in San Antonio, where he resides and teaches.

News of Jiménez’s win prompted Poet Laureate of Texas, Laurie Ann Guerrero, to offer these thoughts on his poetry: “Joe Jiménez’s vulnerabilities and raw truths mark the fecundity of and fluidity of masculinity. His is the work of a broken-open, risk-taking documentarian and demands that his reader enter openhearted as well. I am overjoyed that his work will now be in the hands of so many and, too, that we get to call him one of our own.”

Jiménez is the first Chicano/a poet to win the Letras Latinas /Red Hen Poetry Prize. Founded in 2012, the Prize’s previous winners have been DC-based Cuban American poet Dan Vera, Salvadoran-born, Los Angeles-based poet, William Archila, and Argentine-born, New Jersey-based poet Ruth Irupé Sanabria. "The fact that our winners, so far, come from such varied backgrounds speaks, I think, to the rich diversity of voices emerging from Latino communities across the United States," said Francisco Aragón, director of Letras Latinas and faculty member at Notre Dame's Institute for Latino Studies. "But I'm also pleased to have Joe join this list not only because of his fine poetry, but because of the work he does with youth. He's slated to teach the first ever Macondo Writers Workshop for youth this summer."

“I am grateful for this opportunity to bring attention to the part of the world I am from.  Deeply, and with each of my bones, I love South Texas, and these poems, from the alligator gar and the cotton field rattlesnake, to the armadillo and the half-human owl, push me to question the loneliness of men, to ask the man I have been about the one I am becoming. I hope these poems stir thoughts and questions and joys, sadnesses even, because I believe life is richer when we ask these things of ourselves,” said Jiménez, after learning his manuscript had been singled out by González.

Red Hen Managing Editor Kate Gale said of the award, “We are proud of our partnership with Letras Latinas and to be publishing the groundbreaking work of Joe Jiménez.”

Jiménez’s award-winning manuscript will be published in the spring of 2019. In the spring of 2017, Ruth Irupé Sanabria’s Beasts Behave in Foreign Land, selected by Lorna Dee Cervantes, is slated for publication.

Letras Latinas strives to enhance the visibility, appreciation and study of Latino literature both on and off the campus of the University of Notre Dame, with an emphasis on programs that support newer voices and foster a sense of community among writers.

Red Hen Press is committed to publishing works of literary excellence, supporting diversity , and promoting literacy in our local schools. We a community of readers and writers who are actively engaged in the essential human practice known as literature.

Posted by Francisco Aragón at 12:00 AM