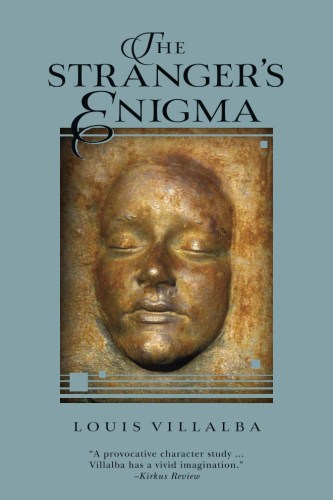 One of the things I admire about how our current Poet Laureate, Juan Felipe Herrera, is conceptualizing his first term--particularly through his project, La Casa de Colores--is how he is underscoring a kind of democratization of our voices. (Click HERE to access, La Casa de Colores.) The philosophy, as I see it, of his project up at the Library of Congress' website, is that every citizen's voice matters, each capable of enriching us, regardless of where a voice has its point of entry--whether a book published in New York, a posh "literary" publisher in Minneapolis, a micro-press in San Antonio or on the U.S./Mexico border, or the website of the Library of Congress. In other words, to quote a Maria Melendez Kelson poem (I'm paraphrasing here): "Fuck pedigrees."

What I mean is: the pedigrees of publishing. In the wake of Francisco X. Alarcon's death, I've been thinking about this more. His New and Selected Poems, From the Other Side of Night, was published in 2002 with University of Arizona Press. His latest two books, Canto hondo/Deep Song,  and the forthcoming Poetry of Resistence: Voices for Social Justice, an anthology he co-edited, is with Arizona, as well.

I don't know if he aspired to publish with New York houses, or an Independent publisher with, perhaps, more "pedigree"---it was never anything we spoke about. One of his best selling books, his collection of homoerotic sonnets,  De amor oscuro/Of Dark Love, was published by a micro-press in Santa Cruz, CA called Moving Parts Press.

Why am I bringing this up? Because I'm reminded of the ethos of the hardest working writer I know, Louis Villalba. I wrote about him in a blog post in June of 2014 to preface an interview with him about his first book, a collection of pieces about his native Cádiz in Spain. Click HERE to access that post and interview and more information about him.

Last year, he put out into the world his first novel, The Stranger's Enigma, of which the Kirkus Reviews said:

"A provocative character study...Villalba has a vivid imagination."

Letras Latinas associate Roberto Cruz ('17) once again does the honors of interviewing Villalba about this latest effort.

Throughout your novel, The Stranger's Enigma, there is a consistent battle between the real world and the dream world, eventually resulting in an overlap between both worlds. Blurring the lines between fantasy and reality is a characteristic of surrealism, so I was wondering if the inspiration behind this novel came from this literary movement and some of it's prominent figures, or if it came from somewhere else?

With regard to the use of fantasy, the most influential author is Gabriel García Márquez. Otherwise, I cannot think of any other book similar to The Stranger’s Enigma. This is an experimental novel based on actual dreams. The dreams have been somewhat modified and adapted to fit a fictional plot.  In this novel, the reader takes a trip into the deep layers of the human mind where only dreams can transport them. The result is not different from an abstract painter’s attempt to draw a person’s character in a portrait.

In the real world, Daniel's mother and Marlene try to dictate Daniel's actions and 'teach' him what is right and what is wrong. In the dream world, characters such as Sonie live freely and happily where norms of "right" and "wrong" are not at odds, but coexist peacefully. Could Daniel's mother and Marlene be representative of society, consistently attempting to draw a line between right and wrong, black and white? perhaps when these lines should not exist? Overall, do you think these social norms actually take away from our happiness?

I believe most of us are born with some basic idea of what is right and wrong. Daniel’s mother represents society. She is the primary person who has reinforced and modified his innate concept. There are other influences in his life such as his profession and Marlene.  To live in a society, the individual must sacrifice—compromise— certain freedoms so that he or she can get a number of benefits in return.  The trade off has been advantageous for the human race. It has improved our happiness. Yet, we must always be on the lookout so that we don’t relinquish more freedoms than we need to.

Speaking of Sonie, at the end of the novel, Daniel says that Sonie is a better man than himself. What is your definition of a "better man"? Do you think this concept is universal (i.e. he must possess a specific list of qualities), or is it subjective according to each person?

I believe that, at birth, we harbored a human template with its own set of virtues and weaknesses. As we grow up, we willingly or inadvertently shed innate virtues and acquire new vices. A “better man” is the one who keeps most of the virtues, sheds almost all the weaknesses, and doesn’t learn new vices. The definition of a “better man” varies from individual to individual because we all come from different human templates, and each has its own array of qualities and weaknesses.

Daniel spends the entire novel searching for the secret of eternal bliss. In the end, he discovers the secret, but remains in anguish over his inability to find Julie. So, could this conflict represent the disconnect between knowing and understanding? Could it be possible for Daniel to truly know the secret of eternal bliss without experiencing it with Julie? In essence, can someone know what it takes to be happy, without ever fully understanding it?

Dr. Daniel Brandon searches for the secret of eternal bliss without realizing he is looking for Sonie’s bliss, not his. Everyone enjoys a different source of utmost happiness. We cannot understand bliss. We can only rationalize why it occurs or what it might take to achieve it. But joy is an emotion; it can only be felt. In life, we just hope that what we predict will make us happy will end up doing so. As my novel points out, our path to bliss—regardless of the nature— is paved with our own personal growth.

In Freud's work, he emphasizes the subconscious needs and drives that fuel human behavior. I found it interesting that you touch upon this idea in your novel. At one point, Julie hides from Daniel out of anger because he intended to cheat on her with another woman. Sonie later tells Daniel that, in the dream world, initial intentions are all that matter, whether they are conscious or subconscious. Can you talk about how you incorporated Freud into your work? and how he became such a large influence in this novel?

Freud becomes an important character in this novel. His presence allows Daniel to discuss his dreams and their interpretation. Daniel considers him his mentor, but his famous colleague ends up becoming his friend, someone he can discuss thoughts that he cannot share with his mother or his wife. Daniel’s interpretation of his own dreams often clashes with Freud’s.
As a protagonist, Freud enriches the novel because he touches every aspect of the fascinating world of dreams. In the end, Daniel and Freud disagree about the essential meaning of dreams.  But their sometimes heated arguments shed light on the nature of the human being—why we have become what we are. I incorporated Freud into my work, because I considered his book, Interpretation of Dreams the most important reference in the study of the dream world.

If you would indulge me, your academic record is nothing short of impressive. Certified in neurology and neurophysiology as well as published over 70 papers, I must ask: how did you begin writing? Did you have a goal to be a published writer or did this come later on? What was the process like, switching from writing strictly academic papers to writing intricate fictional novels?

A series of paranormal events occurred in my practice that challenged the basic neurological concepts of life and death.  I wanted to tell the story in my own words so that the public could sense and experience what I had felt. Yet, I lacked the knowledge and ability to do so.  Writing literary work has little or nothing in common with writing scientific papers. So, fourteen years ago, I found myself reading and studying classic literature in detail. I enjoyed it so much that it became my passion.

You've published two books now. So I'm wondering, do you have any projects for the future? Would you consider moving into poetry, or other forms of literature? Overall, can we expect to see another novel on the horizon?

I am a storyteller. My works have been a source of personal pride. In the future, I hope I will reach a larger audience because my stories always carry a message to the readers. I need to improve my prose and raise my writing to a higher level of sophistication.  My next novel is already written. It just needs editing prior to the publication. Two non-fiction works are in the pipeline. I am also writing a collection of short stories about immigrants from Latin America.

Posted by Francisco Aragón at 12:47 PM