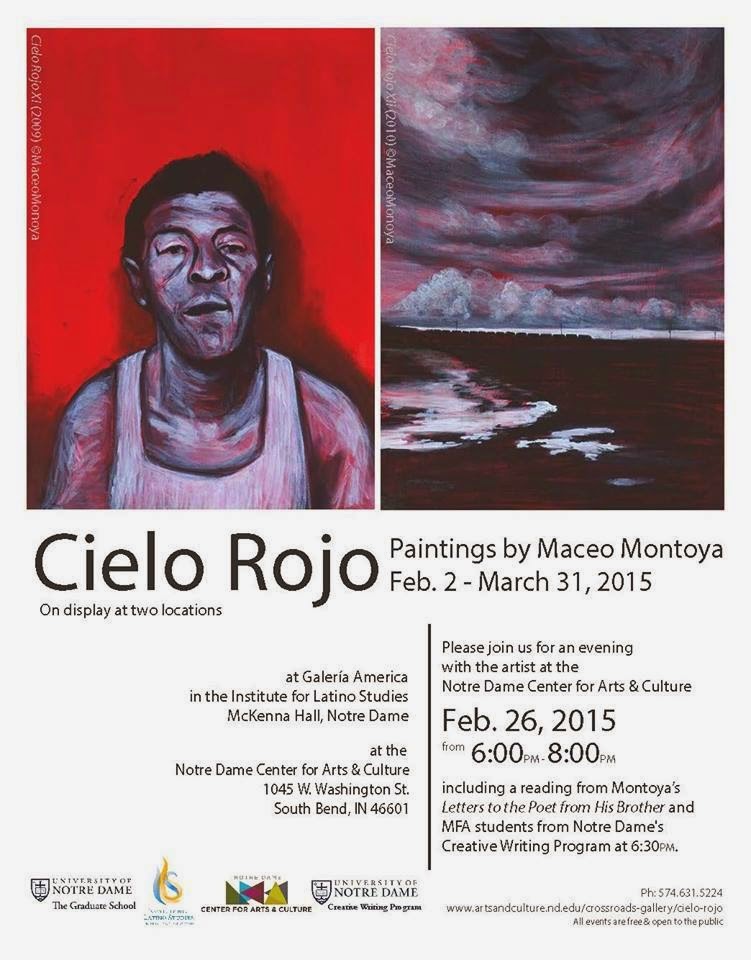 I recently had the pleasure to read Maceo's work, interview him, and attend the MFA student colloquium and Maceo's reading. As the Letras Latinas Associate, I have been prompted to share my experiences of when Maceo visited South Bend and the University of Notre Dame.

Months of coordination with Alex Schaufele were needed to organize Maceo’s visit. I had studied his biography and work and seen his name in my e-mail inbox so many times that I felt I had already met Maceo. Therefore, when we actually saw each other for the first time in order to conduct the oral history interview, I could not help but smile at him with a sense of familiarity.

However, as I spoke to Maceo I was startled. I realized I had been merely regarding Maceo as an object of study. It took me a proper conversation to remember the obvious: the man sitting in front of me was much more than a bundle of information that one could gather analytically. Maceo’s answers showed me that he was a man who had lived through many choices that go beyond an academic biography, a man who had reflected and struggled over what means to be a Chicano again and again, a man who was acutely conscious about the process and effect of images and words. 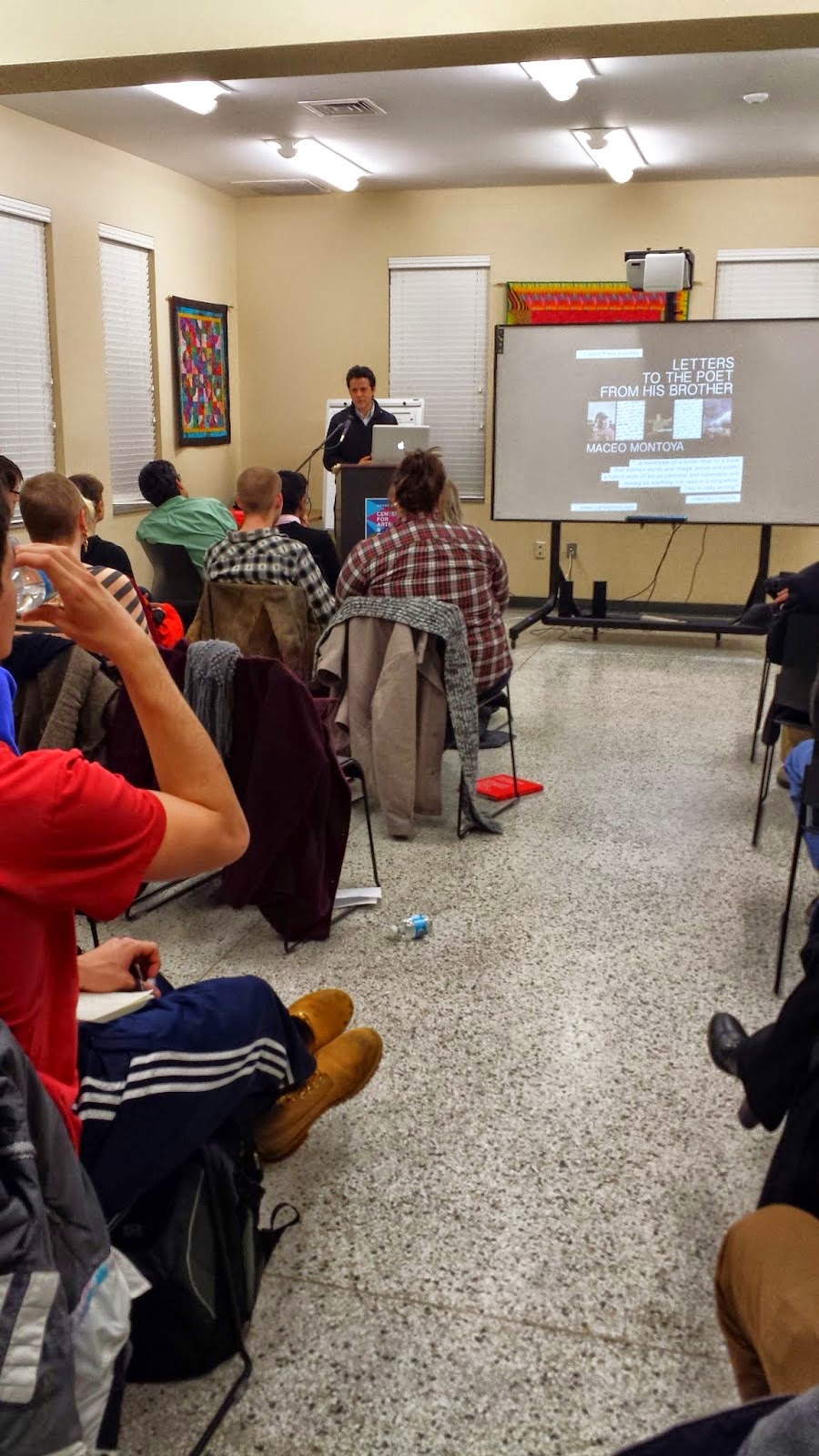 When we met again for the colloquium at the Notre Dame Center for Arts and Culture, my mind was buzzing with having everything ready (Was there enough space? Was it time to start? Were the cheese and ham out of their bags?) with the help of Amanda Castaneda. The time to start came and I quickly introduced Maceo to a small group of 12 people. I also thanked Gary and Barbara Hogle for coming and gifting copies of Letters to the Poet from his Brother to the MFA students beforehand. The conversation was fruitful in its themes of murals and community, identity in MFA programs, and how to be supportive in the midst of differences in aesthetics and beliefs. Questions and answers steadily flowed between Maceo , the students, and the professors for a good hour, and the colloquium ended on point.
At 6 p.m., more people started gathering in for the reading. To start the event off, Orlando Menes introduced the students from his workshop that had prepared ekphrasis poems based on Maceo’s paintings. Nichole Riggs presented her ekphrastic poem and Jonathan Díaz read one in response to Nichole’s poem, Chris Holdaway and Katy Cousino wrote using the totality of the book as their object of inspiration, and Alethea Tusher and I shared last a poem based on the work “Drowned Remains of Winter Storm.” Gilberto Cardenas then introduced Maceo to the new crowd and Maceo shared with us excerpts of his haunting piece "Cielo Rojo" and a poem that rendered his humor and skill with words.

As it all came to a conclusion, I realized that at one point during the event I had become more than one of the organizers; I had become a participant. I am sure that Maceo returned to California leaving many people glad to have met him, conversed with him, and learned from his experiences as a Chicano painter and writer. Because as one who had the chance to be part of all of this, I am too.
Posted by Ae Hee at 4:58 PM