Self-interview as Letras Latinas update (aka The Pivot) 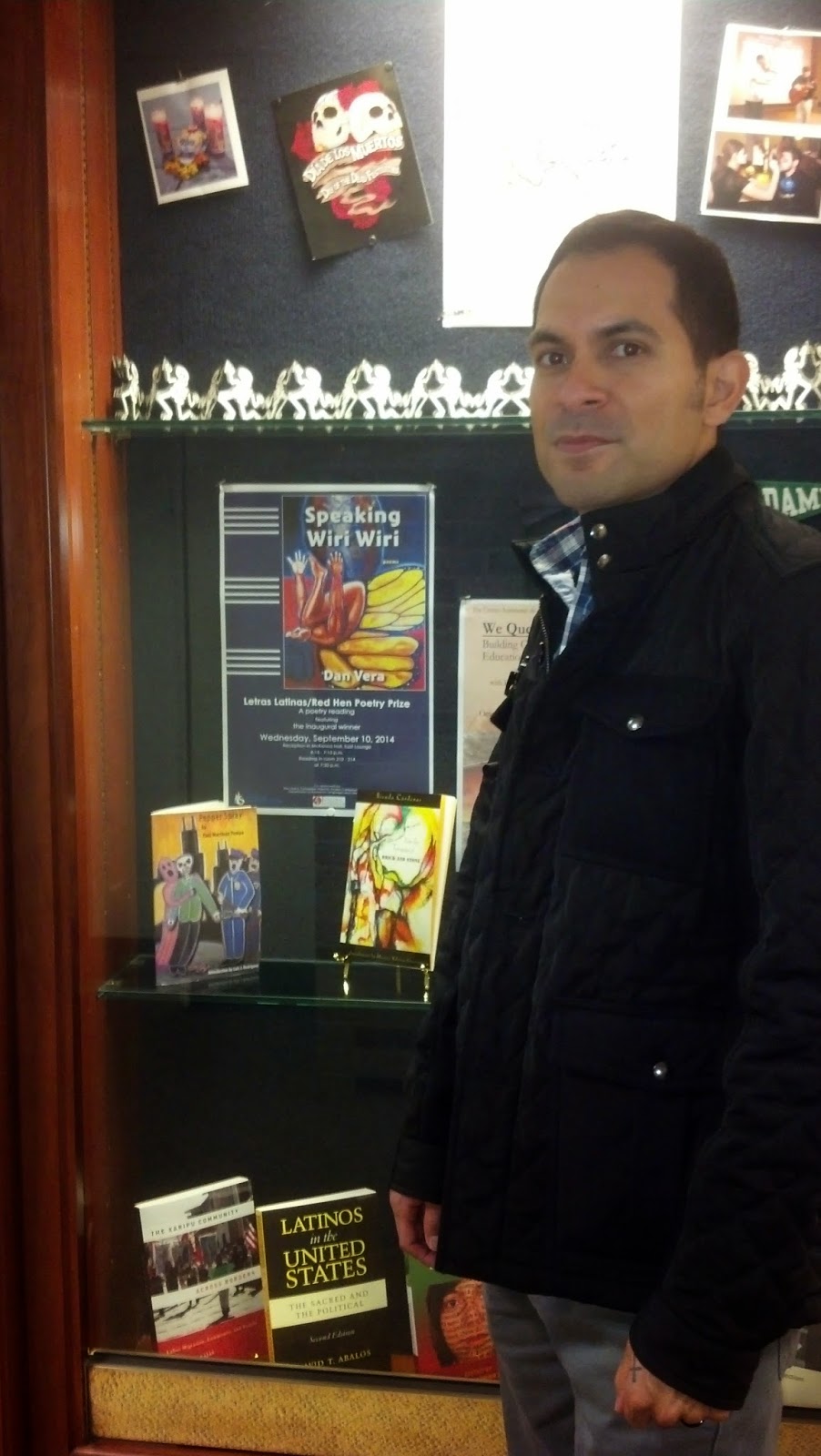 LETRAS LATINAS has made a pivot.

What do you mean?

Notice, for example, that this year we did not announce a 2014/2015 season, as we have done in years past. Last year’s “season” bordered on insane for its sheer number of events: 17!

Are you not doing anymore events?

Far from it. But we’re being far more restrained in our reach. Our focus will continue to be Washington, D.C., though perhaps with less frequency
(A private literary salon for Laurie Ann Guerrero on May 1;
Tim Z. Hernández at the Library of Congress on May 6, for example)
and events on campus.

So what’s the pivot?

Our students. That’s the lens we see things through now while asking the question: Will it enrich our students?

But yesterday (October 28, 2014), you seemed to hint coyly at some big splash a year from now, that would involve, let’s see: Rosa Alcalá, Carmen Giménez Smith, Roberto Tejada, and Rodrigo Toscano…..What was that all about?

The graduate MFA poetry workshop will be adopting Angels of the Americlypse, and so we’re inviting Rosa, Carmen, Roberto, and Roberto to come to campus for two full days of activities—mostly to benefit our students. That will be Letras Latinas’ big ticket item that term.

And so what’s with the photograph up above of that dude smirking in front of what appears to be some colorful window display?

Well, the students in my Latino/a Poetry Now class so enjoyed Dan Vera’s visit on September 10 that I decided to ask Paul Martínez Pompa, who’s just in Chicago, if he’d be willing to come for a night in order to visit my class. I’ve been teaching his work (from The Wind Shifts and from his Andrés Montoya Poetry Prize-winning My Kill Adore Him) and I thought it’d be cool for them to meet and ask Paul questions about his work.

It was great. He arrived last night. I put him up on campus for a night, and this morning he was our special guest. My students had each drafted some questions, and so we had a nice extended  Q & A punctuated with Paul reading a poem at regular intervals.

Then I took Paul to lunch, and we were joined by Letras Latinas Associate and MFA candidate  Ae He Lee, who confided in me afterwards how enriching it was to talk poetry with Paul over a meal.

Not really, except: if you look at that window display Paul’s standing in front of, you’ll notice, just to the left of him, and underneath the Speaking Wiri Wiri poster for Dan Vera’s reading, two gems from our small press publishing past?

Momotombo Press. Two titles: Paul’s Pepper Spray (Introduction by the new Poet Laureate of Los Angeles Luis J. Rodriguez), and beside it Brenda Cárdenas’ From the Tongues of Brick and Stone (Introduction by Maurice Kilwein Guevara).

Just our students. That’s the pivot.
Posted by Francisco Aragón at 3:01 PM