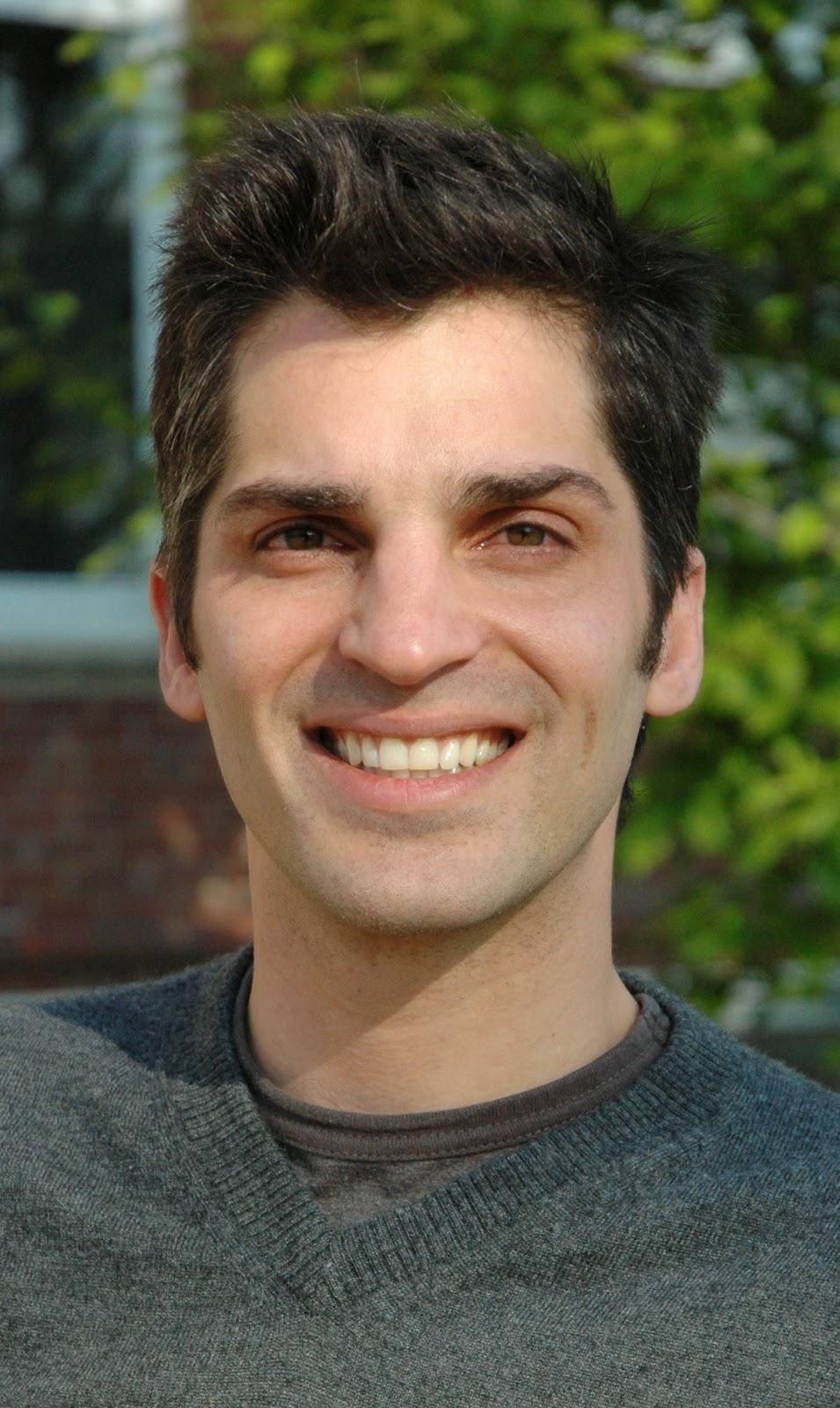 I pitched the idea last October at Notre Dame during his visit.

He had shared that he liked writing under pressure, under deadline---that this had been his method at Squaw Valley, at Napa Valley, and that it had bore fruit.

"What would you say to hanging out with an art exhibit for a few days to write?"

And so...Blas Falconer agreed to fly himself to DC; Letras Latinas agreed to procure him a Capitol Hill studio (thanks to the generosity of a friend). He arrived on Saturday, January 25, and will fly back to California on Thursday, January 30.

He is spending each day at the museum with his notebook, and returning to Capitol Hill at the end of each day to write. He has committed to e-mailing me the first draft of a new poem every morning.

At some point, there will be a de-briefing of sorts: either an essay or an interview documenting his experience--to share with readers of Letras Latinas Blog to encourage others to follow suit: Washington, D.C.; Miami, FL; Sacramento, CA; Salt Lake City, UT; Little Rock, AK; Wilmington, DE, where the exhibit will be traveling, well into 2016....

A modest photo gallery from today: 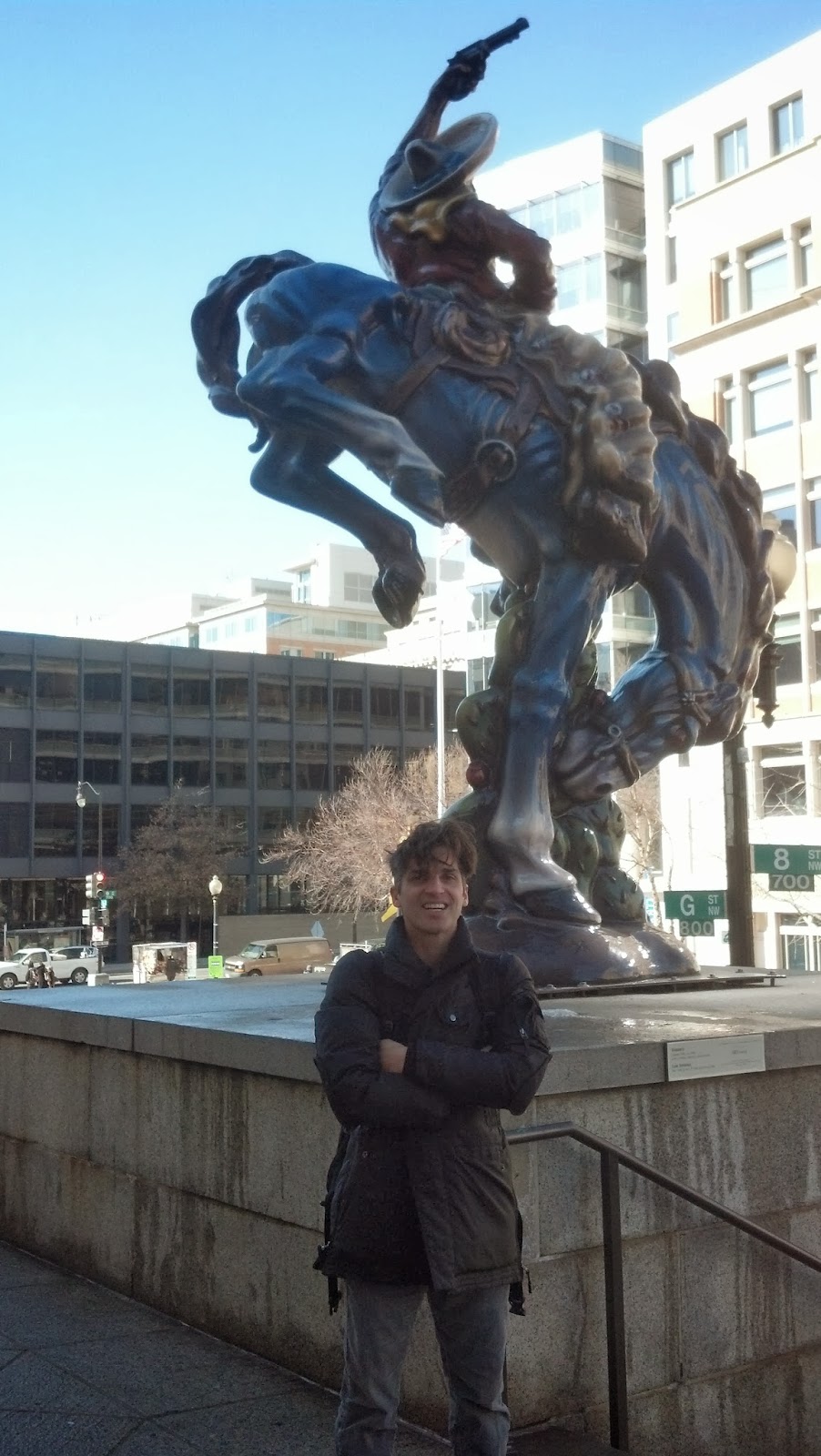 with "Vaquero" by Luis Jiménez
at the entrance to the Smithsonian American Art Museum;
modeled 1980, cast 1990; fiberglass and acrylic urethane
with steel armature.
Jiménez occupies a place of honor with his "Man on Fire"
just to the right of the photo below at the exhibit's entrance. 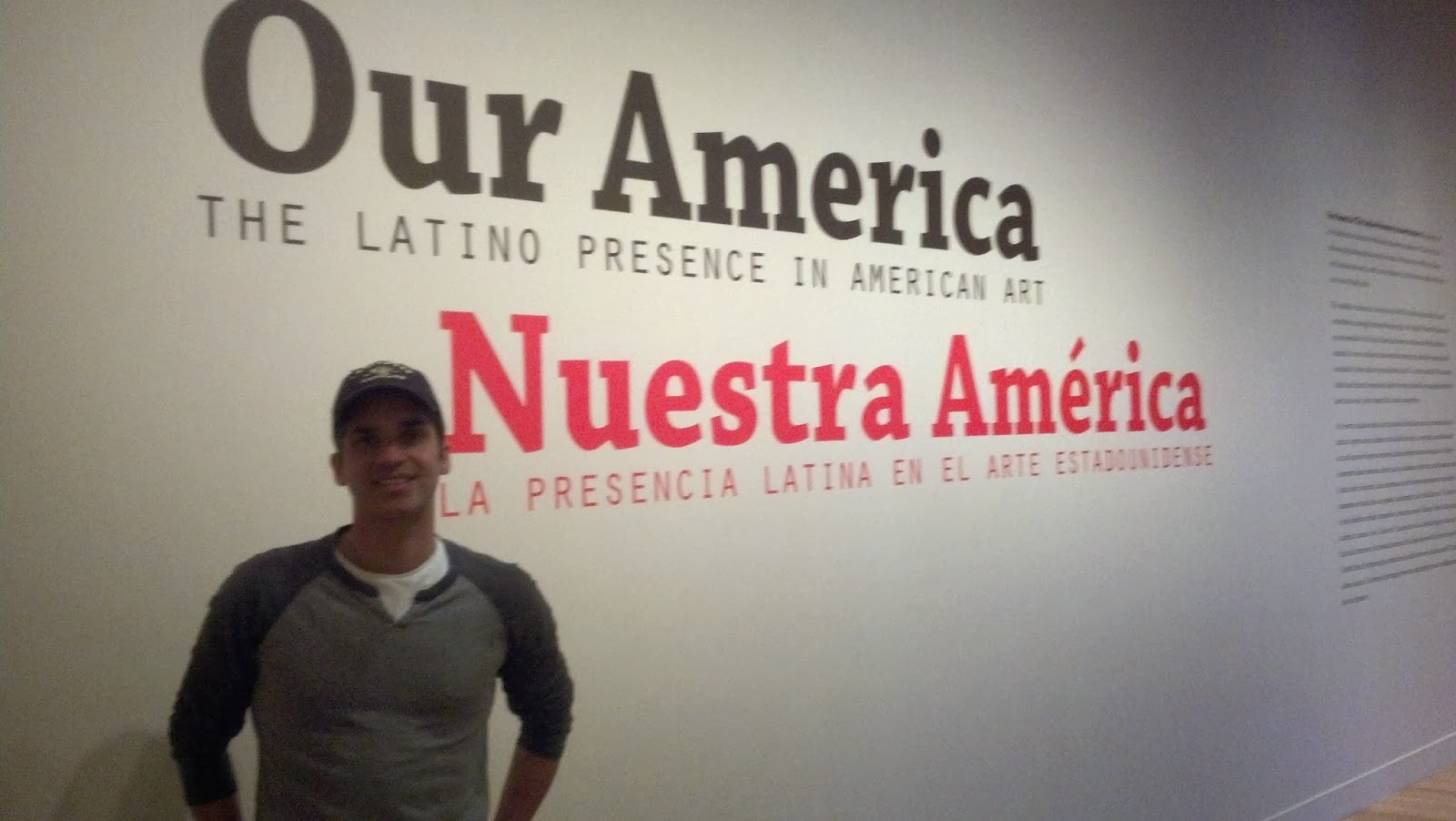 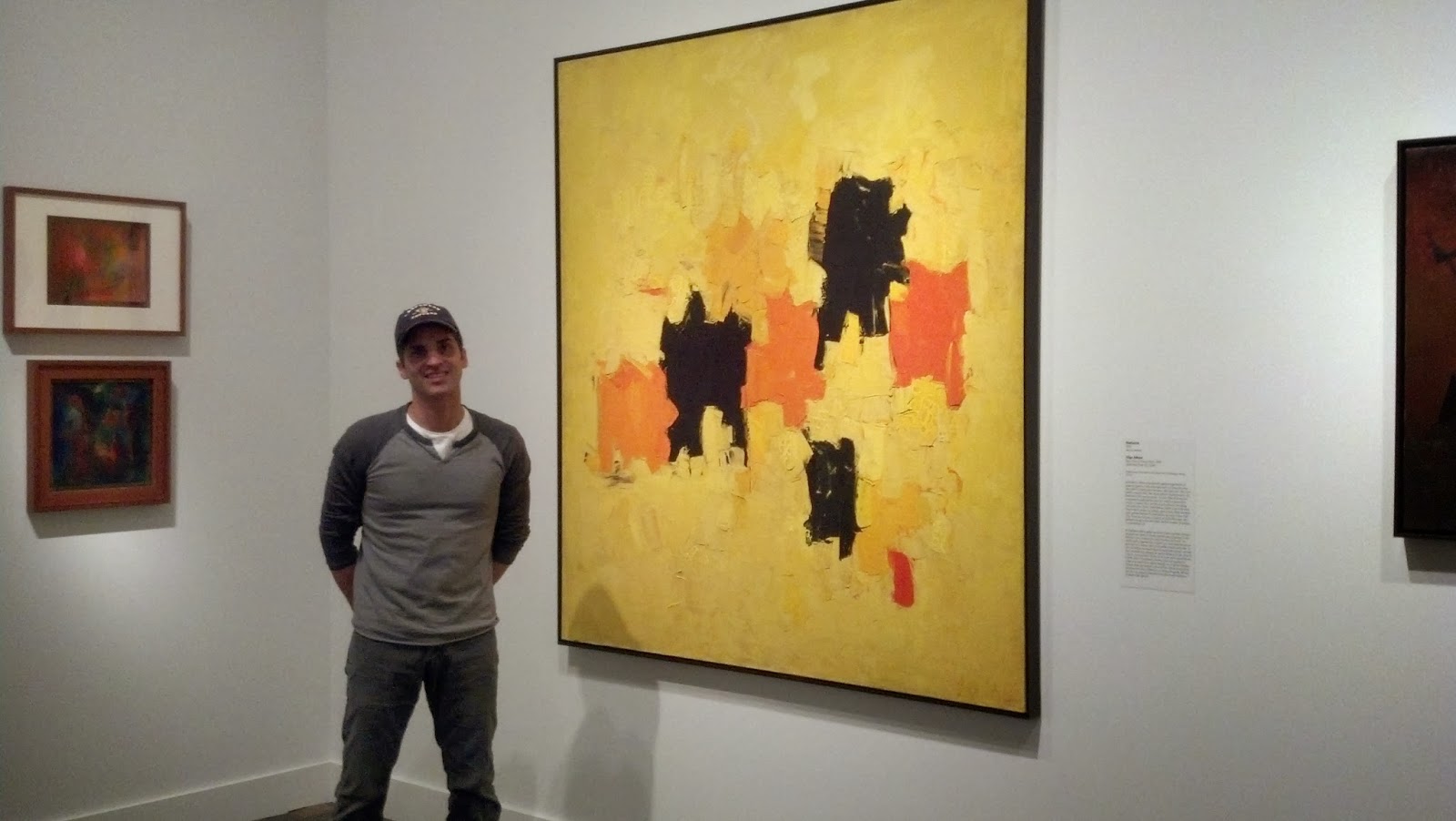 with "Radiante" by Olga Albizu; 1967
oil on canvas 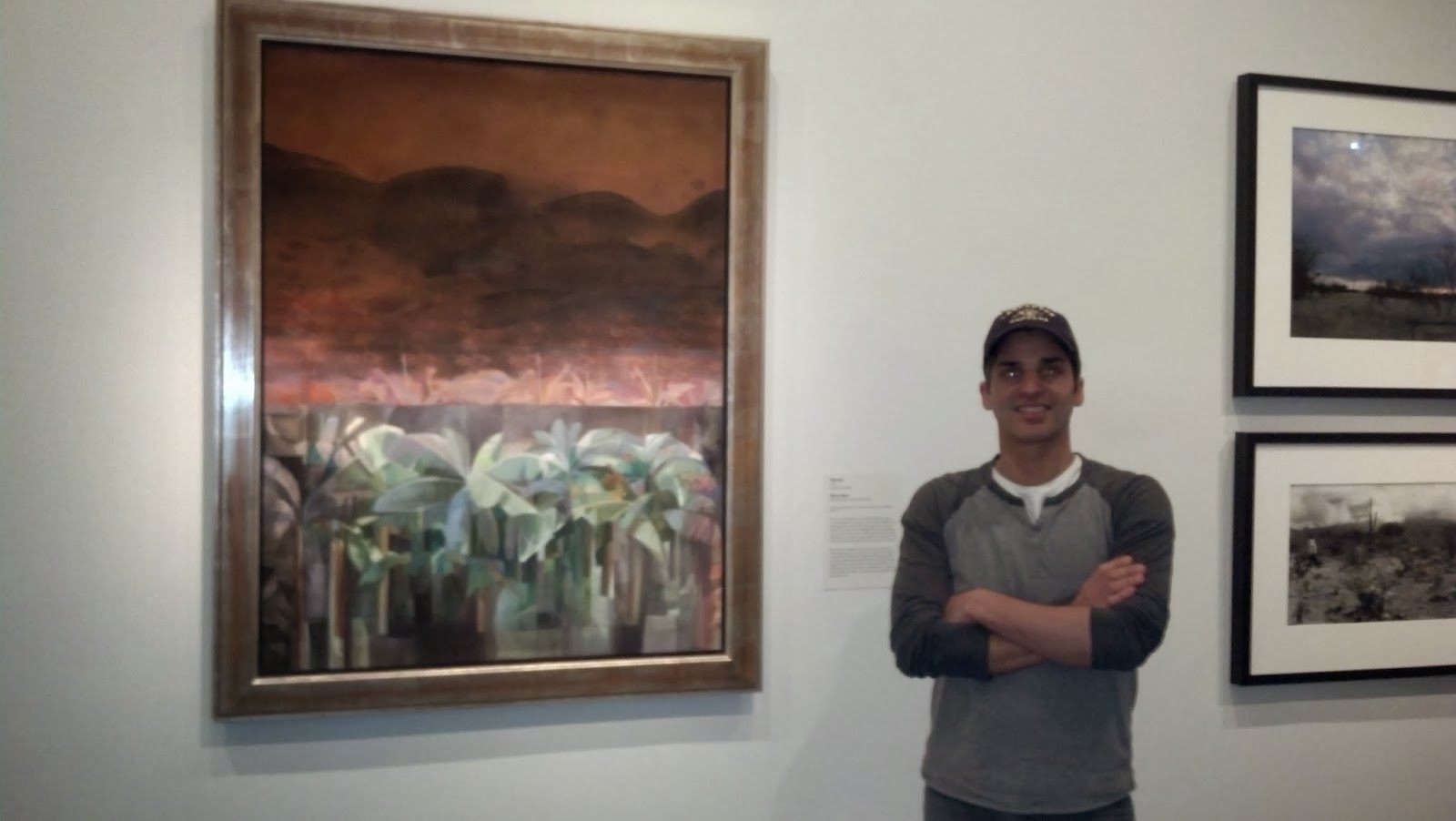 with "Platanal" by Myrna Báez; 1974
acrylic on canvas 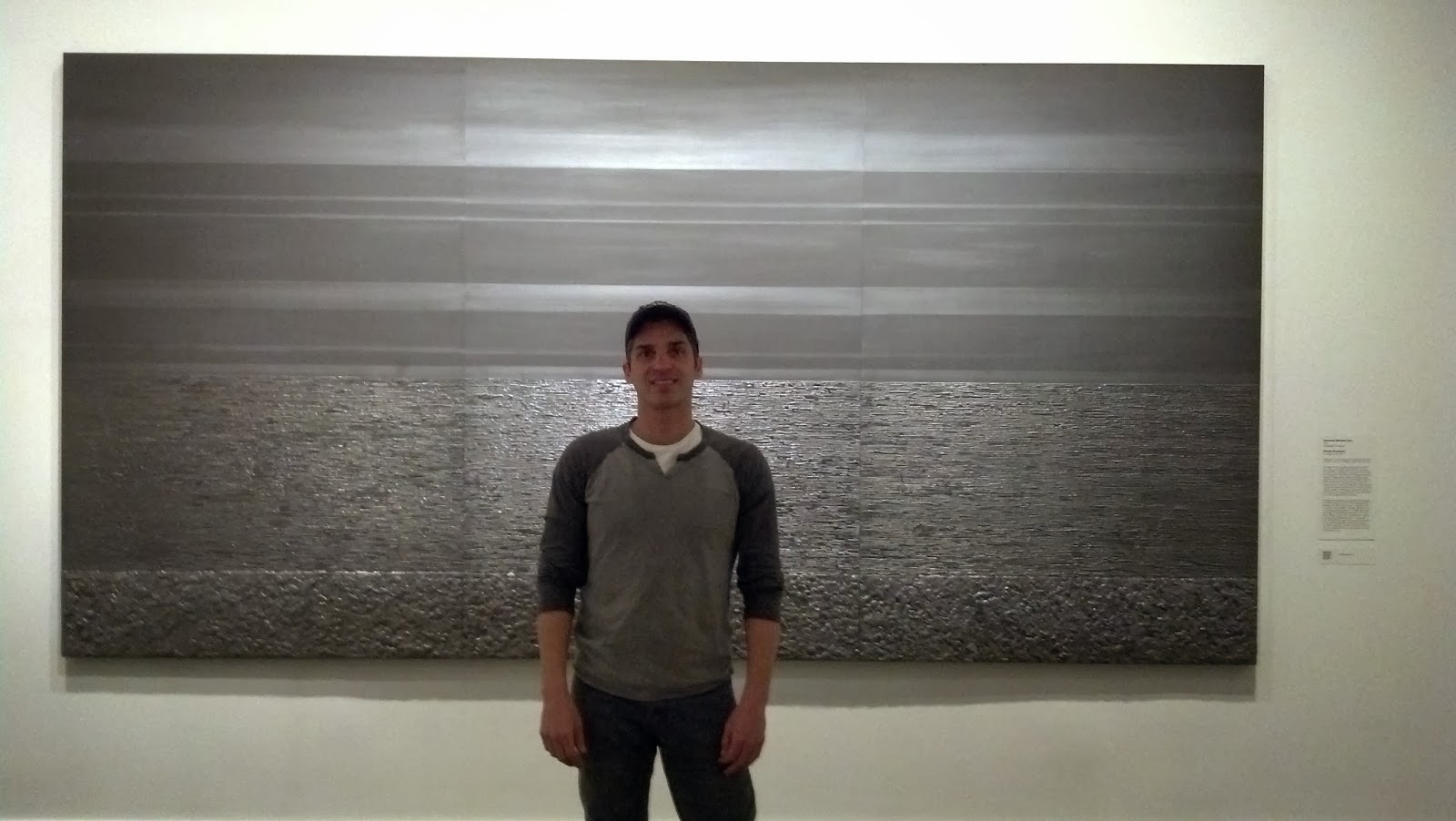 Explore and engage the exhibit online.

Our America: The Latino Presence in American Art.

"PINTURA : PALABRA, a project in ekphrasis"

Posted by Francisco Aragón at 9:58 PM