I recently had the pleasure of attending my first ALTA conference (American Literary Translators Association), held in Kansas City, MO. What follows is a post-conference dialogue with Fred Arroyo about our respective experiences. It was conducted over e-mail in the days following the conference, and is an attempt at documentation, a notion that interests me more and more these days. [There is a photo at the beginning and---as an incentive to read to the end---a photo at the end!]
FA 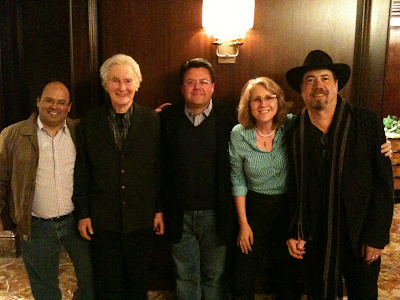 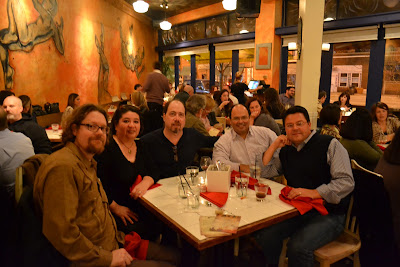 Eloquent. Thank you for this recap. My wheels are spinning.

Bien dicho. Translation is an art of its own. I've translated Lorca, Neruda, Hughes, and scores of French poets during my Paris years. I wonder if I really captured the essence of the originals. A Spanish writer and I struggled to translate into Spanish my short story "Chicago Blues." Thanks for all your good work.

Thank you, Andrea, Felipe, for your comments. I'm always delighted to see that people actually read these posts!